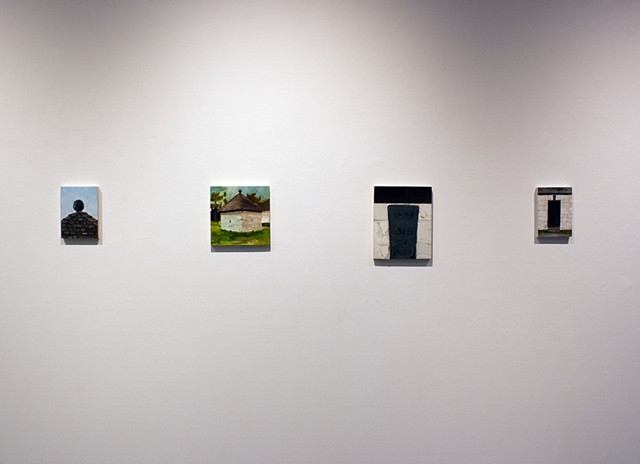 From Copper Harbor to Hiroshima, August 6th 2019
oil on board
variable 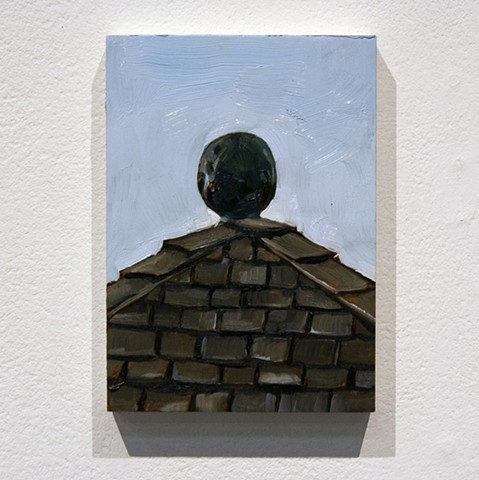 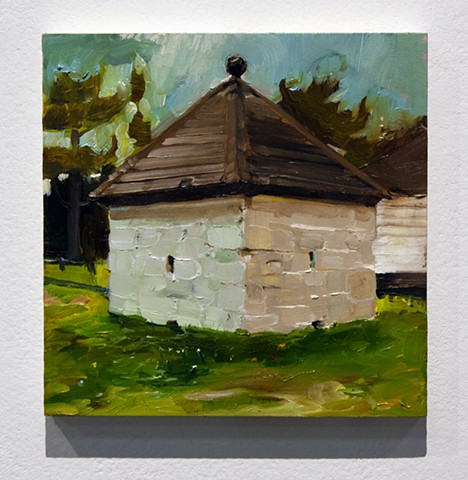 The Gunpowder Magazine
oil on board
8" x 8" 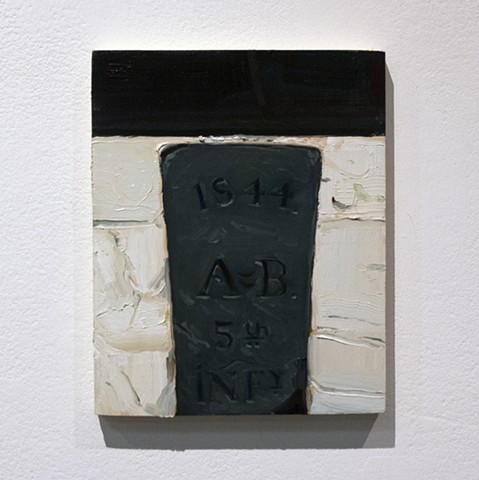 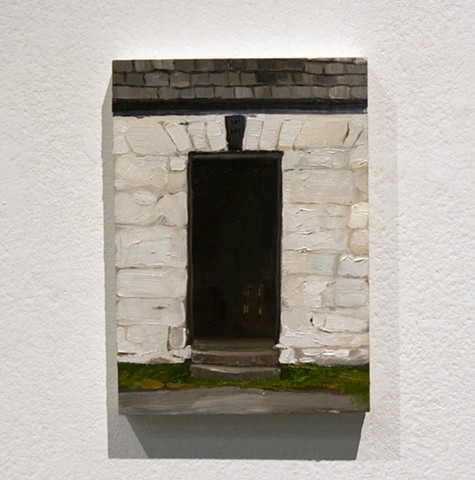 This four part series was created at Fort Wilkins in Copper Harbor on the northern tip of Michigans' upper peninsula on August 6th, 2019, the 74th anniversary of the bombing of Hiroshima. It is a rendering of the gunpowder magazine at the fort.

One of the first buildings typically built at any United States military outpost, a gunpowder magazine held the forts ammunitions and gunpowder. Constructed to blow the roof off if the armaments exploded, it was an early architectural invention to contain and institutionalize American power and its resources.

As a metaphor and a harbinger of things to come, I find it easy to draw a line from the copper harbor gunpowder magazine - through the devastating violence of Hiroshima - to the political, cultural and environmental devastation of the current moment.